As you know, in the face of all protest and intelligent argument, next year we will all be converted to a career average salary scheme. You’ll recall also that there will be a ‘defined contribution’ scheme running in tandem, that will begin with contributions from salaries over a certain threshold. The USS still are nowhere near having that element in place, and so the pension scheme next spring will in effect convert to one that nobody has proposed or agreed (albeit moderately better than the one imposed), and this will last for a few months until they can get their ‘defined contribution’ section up and running. For details of how poor a defined contribution scheme is compared to the defined benefits of a career average or final salary scheme, see the second half of this page:

You’ll recall that when all this came to light a year ago, it was proposed (as we warned back in 2011) that the final salary pension scheme would be closed and that a career-averaging scheme would be applied for all current and new members to the USS pension scheme. The argument for the necessity of this centred around a calculation, a valuation, misleadingly called ‘the deficit’ (there is no deficit), that basically asked if the value of the scheme at the 31 March 2014, ignoring all contributions after that date, could pay for all future benefits payable. The UCU argued, and continues to argue against this model of calculating the scheme’s vitality, but the changes remained on the table. Remember, the scheme in reality brings in millions more each year than it costs and what it pays out each year is a very small fraction (less than a third of one percent) of the £49 billion that it is actually valued at (up from £42 billion last year)(Yes, that’s a 17% increase in one year, compared to the two or so percent they insist on predicting with).

All members were consulted, earlier this year, on whether they accepted the details of the scheme as proposed, though only a small proportion responded. Institutions too were consulted and Universities UK (UUK), representing the employers, made recommendations. Early last month, the USS finally submitted the valuation. In this, not only did they ignore the UCU argument composed by First Actuarial, but they broadly ignored the UUK recommendations, and the final version was pretty much unchanged from the October 2014 version. Those who would like to see a comparison chart for details, can check this page.

One of our key complaints, and central the argument by internationally leading financial mathematicians, was the inappropriate nature of the ‘gilts+’ method used for calculating future investment growth. In brief, this assumes future investment growth by pegging growth predictions to the value of government bonds, which are at a historic low. It does not employ the predicated yield on the actual contents of the USS investments (which contains few gilts). The 2015 USS report (page 30) demonstrates quite openly how poor the gilts+ method is as a predictor of future growth, and indeed the investments have grown so well that USS have handed out increased millions in bonuses to themselves for an actual, proven investment achievement which they, on the other hand, denied could happen, and continue to insist on devaluing our pensions on that basis. This, coupled with the continued plan to ‘de-risk’ the scheme (which actually materially and knowingly increases the risk of failure to afford all future benefits), leads us to conclude that we will all face this all over again in 2017. We’re giving you a heads up of that now! 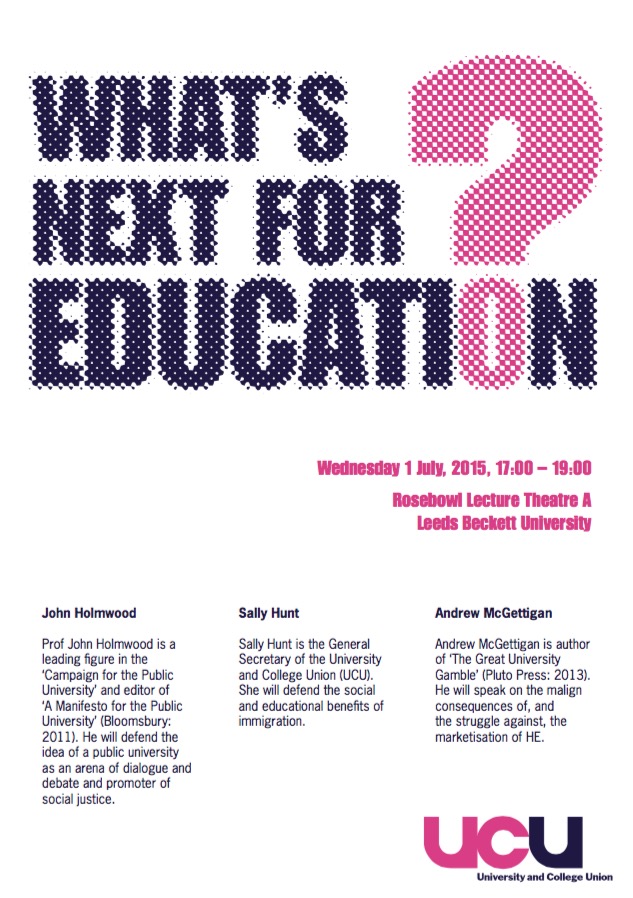 This survey from 2015 is no longer live

1. Motion to recommend rejection of the offer
This UCU branch believes that the current ‘potential agreement’ offer represents a major
cut in pensions. The offer accepts the parameters of the huge projected deficit, and cuts
pensions to fill this gap. As well as ending Final Salary, it concedes the principle of a
Defined Contribution element for contributions over £55,000 that allows the Employer to
cut their contributions to 12%, provides members with no certainty about the value of their
pension and paves the way for future concessions.

This UCU branch therefore calls on all members to vote to reject the offer, and to demand
HEC officers call hard-hitting industrial action to win the dispute.

We support the UCL UCU executive’s decision to host a national networking meeting to discuss the Pensions dispute to follow the UCU Education, Cradle to Grave Conference on 7 February.

If members would like to submit motions under the theme of the current USS dispute these should be received by the administrator, Ailis Ferris-Neely, by 5pm on 16th January for tabling.

We’ve been receiving a steady stream of information from some of the people carrying out the current boycott of assessment. Here is a list of some of the details we’ve received, all anonymised:

Send us you boycott information to ucu@leeds.ac.uk

If you’ve come to our pages to learn more about the threat to your USS pension, please go to and bookmark our  USS 2014 page or go to the National UCU Boycott FAQs

Some posts on the USS issue on our blog:
Professionalism and difficult decisions
De-risking: increasing the deficit so that it can be calculated more easily
UUK misleading staff?
Longevity: an admission of misinformation?