We’ve previously outlined how you have experienced a 15% loss in the real-term value of your pay over five years against inflation, during which time universities’ reserves have risen by 58% and their income by 15%.

We want to address the issue of inflation again, but instead look ahead to the future. We’ve seen our pay eroded by inflation, but will that continue? The employers point to the flat-lining of inflation this year to imply that the 1% increase on the table is a generous one, in that context.

Forecasts by eight city economists* suggest that:
Inflation (RPI) will rise through 2015-16 and into 2016-17, with some predicting over 3% in early 2016.
The recent low levels of RPI are caused by falling commodity prices, and most analysts consider this to be a short-term phenomenon.
City economists and many other commentators expect the Bank of England to raise interest rates in the first quarter of 2016, and this will have an upward effect on inflation.

Against this backdrop, the 1% pay increase on the table will shortly look and feel like yet another pay cut. 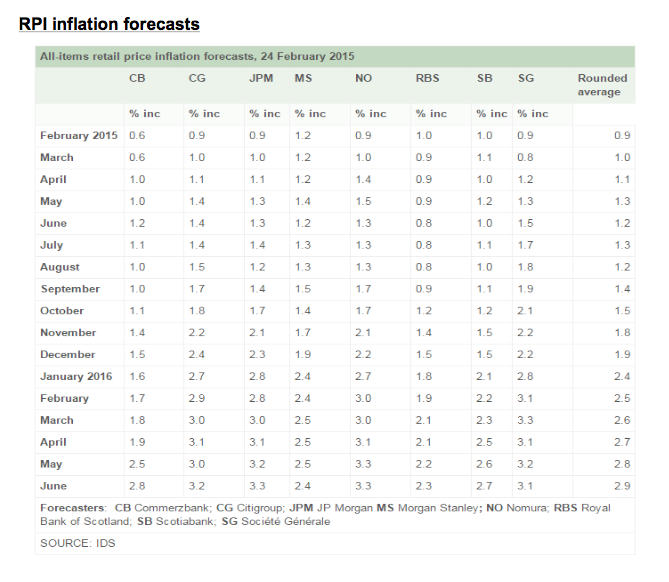 This page was last updated on 2 November 2015